Collider Shapes is a game of dodge which includes 99 levels and three modes in total. Started with unlocked Standard mode, players can unlock Inverted mode and Angles mode with 2000 points. Players can earn points by passing a level or colliding with the green and orange power ups.

How to play: • Tap the screen to make the white ball move • Bump into the collider shapes to survive • Use the green and orange power ups to earn more points 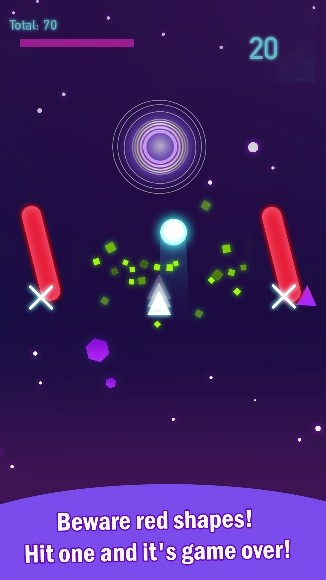 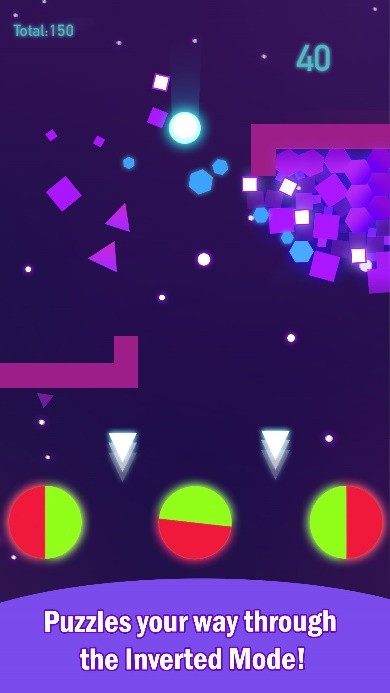