ZPLAY took part in GDC: how to become a trusted enterprise by global CPs

16th March, 2016(San Francisco time), the 27th Annual Game Developers Conference （GDC）was opened in San Francisco. The theme of GDC this year mainly focuses on the diversification and originality of games. ZPLAY took part in this grand conference with its popular games PopStar! Official Version，Zombie tsunami and new games, eg. Mr Jump, BBTAN, Daddy Long Legs, etc. As an excellent casual mobile game developer, it has been the 2nd time for ZPLAY to take part in GDC. ZPLAY aims to show its own strength through GDC.

A Slumdog Millionaire: from being doubted to being approved

AS a dark horse in game industry, the vision of ZPLAY is to “become world’s leading casual game publisher”. According to Mr He Peng, the founder and CEO of ZPLAY, the team almost flied all over the world to screen high quality games when starting their business at the very beginning. However, the most difficult problem was not how to find high quality games, but how to let excellent CP teams trust Chinese. Particularly when discussing about PopStar! with its overseas CP, the 1st question raised by the overseas CP was tht will ZPLAY take their product seriously without developing a cheap copy of their official version. The CP of PopStar! knew that China was a big “copy ”country. Many large companies would research and develop a cheap copy after getting the products from overseas CPs, and would never take their product seriously. Things like this are happening frequently. However, after a round of open communication, the developer finally signed the contract with ZPLAY by holding a view of trying. Surprisingly, in less than 1 year, ZPLAY achieved a great success in PopStar! Official Version from 0 to 1. Later, ZPLAY bought the copyright of PopStar! Official Version at high prices, becoming the only one company who had the copyright of the PopStar! Official Version in domestic. Meanwhile, the CP also developed into a mobile game R&D company with over 20 employees, and are looking forward to provide more excellent works to ZPLAY and other Chinese companies. The brand of ZPLAY is gradually gaining recognition and trust all over the world.

By now, PopStar! Official Version has owned over 400 million users all over the world, with the daily amount for active users being more than 10 million. Through strong ability in publishing and operating, ZPLAY has been established its trusted corporate image more clearly and visually, showing itself to global players in a better way. The booth on the site of ZPLAY in GDC was very busy, gaining great attentions from players all over the world.

With the further strengthening of the “new normal”in the world economy, ZPLAY will set sail and develop overseas. Regarding the transformation in business mode, Mr He Peng said that based on a large user traffic, ZPLAY built the Corn mobile data operating platform in 2015. By now, the Corn platform has covered over 400 million users, with its daily display being more than 250 million. It has become a cooperative partner with Facebook, Iimobi, Tencent Social Ads, Baidu, etc. This helps small and medium-sized developers monetize their traffics in a better way, and creates a win-win situation.

In the future: investing 1 billion RMB to support 100 excellent small and medium-sized developers in the world

GDC is the biggest game developers conference in the world. It is also an important step for ZPLAY to enter the western markets. Through GDC, ZPLAY hopes to establish a close relationship with small and medium-sized developers in the world, providing them with the most powerful and professional developing and operating team, helping them monetize their traffics in a better way. As a result, ZPLAY will put forward a plan in 2016, investing 1 billion RMB to support 100 excellent small and medium-sized developers in the world.

With the rapid development of mobile internet, it will be an inevitable tendency that domestic economy seeks development in western world, and the world economy shifts eastward. ZPLAY will take its resources advantages of being a developer, operator, channel and ads publisher, to bulid a global mobile data operating platform, promoting the common development in global game industry. 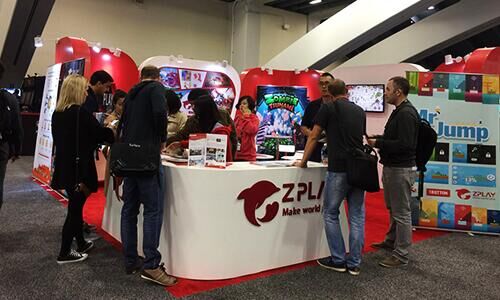 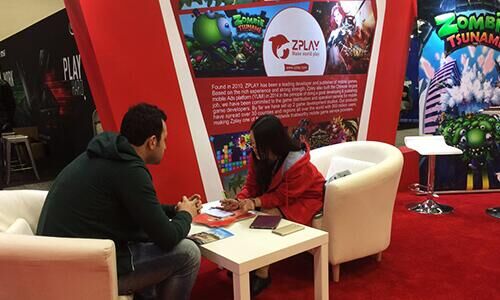 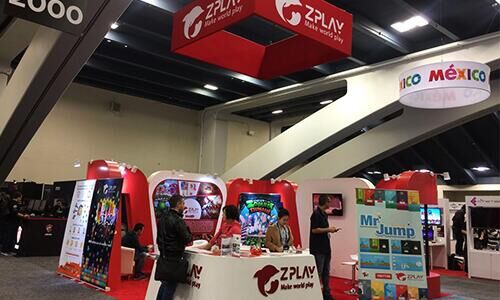